We were here in our office fighting off a mid-week slump when something awesome happened.

The Toronto Zoo sent us over a video of the golden lion tamarins in their care enjoying a swing that was set up with High Force Composite Ropes that we donated to their facility not too long ago.

We know this made all of us smile and we hope that it makes you smile too!


Watch them in action below:

Who Are These Creatures


Golden lion tamarins have bright orange or red fur over their entire bodies, including long hairs that form manes on their cheeks, throat, and ears. Their faces are dark and hairless.

Tamarins, like their close relatives, the marmosets, are distinguished from the other monkeys of the New World by having modified claws (rather than nails) on all digits except the big toe.  In the wild, they can be found in the Iowland rainforest of South-Eastern Brazil's Atlantic coast. 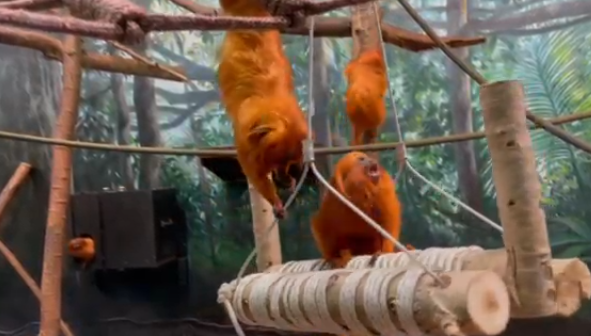 Back in the early 1980’s GLT’s were finally recognized as being dangerously close to extinct and added to the Endangered Species list.

The main causes were the decline of their rainforest habitats, hunting, and being sold in the pet trading black market.

Although they were once classified as “Critically Endangered,” golden lion tamarins populations have shown a significant rate of recovery, thanks in large part to captive breeding programs by organizations like the Toronto Zoo and their fundraising partner, The Toronto Zoo Wildlife Conservancy. 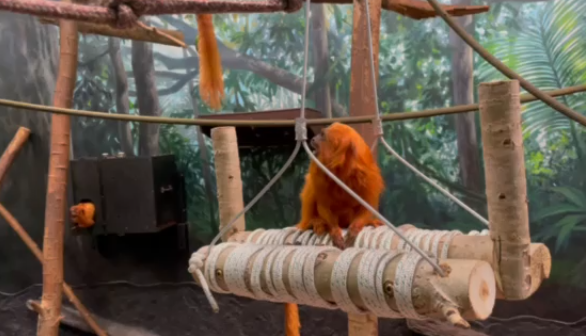 The Legacy Of The Toronto Zoo

Even though we are located in Southern California, we donated to the Toronto Zoo because we were impressed by their incredible legacy.

Opening in 1974, the Toronto Zoo is currently home to more than 5000 animals. They have over 250 full time employees, their mission is connecting people, animals and conservation science to fight extinction.

We were absolutely thrilled to be able to help them in a small way by sending them some of our gear and even more thrilled to see this video of these amazing tamarins putting our ropes to good use.

Why All Of This Matters

We are in the business of selling ropes and rigging equipment, but it’s important to us that we give back to the world when we can.

Doing things like donating gear to worthy organizations is just a small way that we are able to put our money where our mouth is.

We feel tremendously rewarded when we see that anything that we have done has helped people and animals.

It is even better when we get to see cool animals having fun with our gear!