FREE SHIPPING ON ORDERS OVER $150!

It is our privilege to inform you over the past several weeks Pelican Rope has been working on a project to honor the men and women who died aboard United Airlines Flight 93.

It was a great honor for the company to have been selected as a partner for this project and we wanted to share it with you so that you can also take pride in knowing that, in some way, each of you also contributed by supporting our company.

For those of you who don’t recognize Flight 93, it was one of four planes hijacked on September 11, 2001. After the hijackers took control of the aircraft, the brave Americans aboard became aware of their plight and fought back against the hijackers.

Though they were able to stop the hijackers from achieving their intended goal, which was to crash the airplane into the US Capitol building, the hijackers still brought the plane down in a field in southern Pennsylvania. Tragically, the 40 passengers and crew aboard Flight 93 were killed in the crash. It is without question that their selfless and heroic act saved the lives of many others and prevented what could have been an historic tragedy. In our opinion their willingness to sacrifice themselves and rise up against their assailants is truly the embodiment of the American Spirit.

At the site of the crash they are building a memorial called the Tower of Voices. You can read more about it by  visiting their website here. It consists of 40 wind chimes (“voices”) to represent those who gave their lives that day. Those chimes are supported by ropes made here at Pelican Rope. 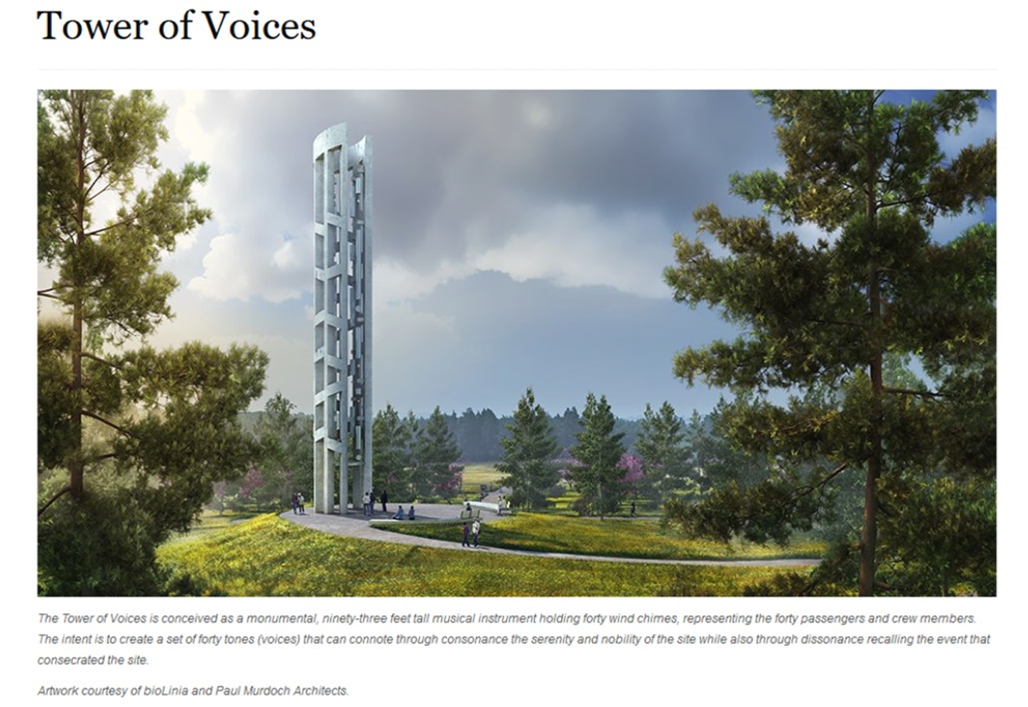